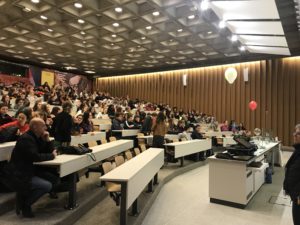 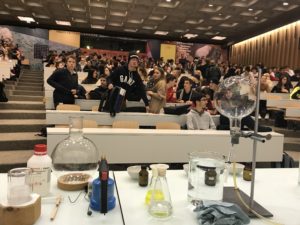 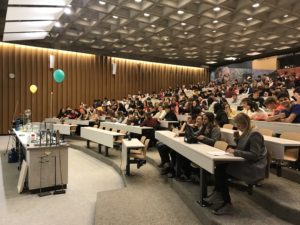 Today, the Chemistry Department of the University of Fribourg has hosted the German and French speaking classes of the Colleges St. Michel and Gambach. In total, some 750 pupils, distributed over one show in German and two in French, have followed the infotainment event with their teachers. It is the  first time that this event was open to both schools and that there were so many interested kids. So far, this was mainly offered to classes from St. Michel.

Theme by Anders Noren — Up ↑